Sunday Pays Tribute To Strong Women from All Walks of Life

Annually, women in Pakistan march on the 8th of March, observing International Women’s Day in solidarity with the world; Gathering to protest the country’s patriarchal norms and misogynistic laws that cause women to struggle to co-exist with men in free space.

Founded in Karachi in 2018, by numerous social organizations, it continues to gain popularity and makes waves every year.  As women march in unison and solidarity with those oppressed and wronged by our societal norms, unjust laws, and lack of empathy. They march not only to speak for these suppressed women but to demand rights and protection for us all.

The initial Aurat Marches began by women collectives in parallel with the Pakistani #MeToo Movement on International Women’s Day. The march does not have a formal hierarchy and the organizers of the March in each city decide their themes based on issues faced by women and determine the logistics that work best for them. These themes revolve around the unjust laws and woes of women.  Each year, more cities are added to the mix, with events now taking place in Multan, Hyderabad, and Peshawar; spreading like wildfire.

How did it initiate?

The heart-wrenching incidents of Noor Mukaddam’s case, Mukhatara Mai’s case- amongst many others remind us why such a revolution is necessary. After the death of 7-year-old Zainab Ansari in January 2018, who was brutally raped and killed, there was a wave of declarations on Pakistan social media.  According to Pakistan’s national commissioner for children and founder of the helpline for women, Zia Ahmed Awan, 93% of Pakistan women experience some form of sexual violence in public places in their lifetime.

Soon after, a group of young progressive feminists initiated the march, initially receiving an endorsement from the Awami Workers’ Party, the Lady Health Workers Association, and multiple women’s rights organizations.

What does it stand for?

The march calls for accountability for violence against women and support for women who experience violence and harassment at the hands of security forces, in public spaces, at home, and in the workplace.

Marchers also demand economic justice, labor rights for women, recognition for women’s work in the care economy as meriting pay, maternity leave, and daycare centers to ensure women’s inclusion in the workforce. As more men and women join in, it has become evident how deeply embedded patriarchy is, in our society. As it is highlighted how women have been denied the right and freedom to dress, sit and even speak as they will. 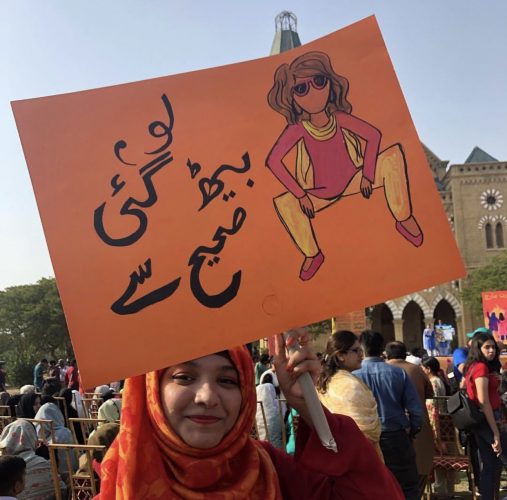 Challenges Faced By the March

While the rest of the world is devising strategies to improve the conditions of women, Pakistani women face the challenge of whether or not they will even be allowed to share their issues on a public forum on this day. The main challenge faced by the march is the negative propaganda that has created immense resistance, deeming the march largely unislamic and a  source of controversy rather than a resolution for women.  A week before, and after the march, controversial statements and sensationalizing talk shows begin surfacing media demeaning the march;  Rather than raising voices against the struggles women face. 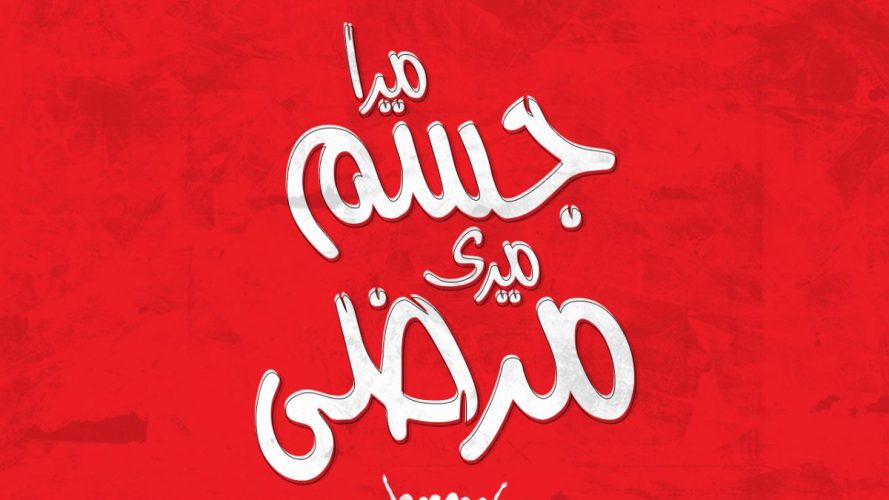 Notably, the march has strived for inclusivity over the years and this year hopes to draw women from all socioeconomic classes.  Media strategy is centered on protecting the movement’s image as respectful of Pakistani culture and traditions, as well as on controlling the message that women simply wish to have equal rights—not to adopt some sort of Western agenda. This is particularly important in the Pakistani context because journalists know that the movement is highly criticized and thus often look for sensationalist news to report on.

Thanks to the Aurat March, we have seen women unite beautifully into a sisterhood, driven by a yearning desire to fight for their rights and co-exist with men; with equal rights. The women whose demands are now turned into charters are the same women whose issues have long been alien to the rest of the country. Women from all socio-economic classes are more aware of their rights and dare to speak up for themselves in their respective capacities rather than being silenced.

The #MeToo movement has reduced, if not completely eradicated harassment as men fear women calling them out publicly. Moreover, the desired change has yet not been achieved in our society, but the mere fact that there is a movement towards it makes us all hopeful.

What is the theme for this year?

Each year the theme revolves around the struggles faced and unjust laws for women and this year too the theme is ‘Reimagining Justice’; ‘#Ujrat, Tahaffuz aur Sukoon’. Whereby the march demands socio-economic security for women in terms of fair laws, minimum wage, and equal pay for women. The demands for this year are as follows:

A demand for minimum wage across all sectors, and those who refuse it to be fined under law.

‘When it comes to being recognized and counted as workers, we are not counted, and our labor is minimized, unpaid, unprotected, and unfairly compensated.’

‘Our labor will not be free anymore.  We also assert the right to say no if we are tired of working. We have a right to say no when we don’t want to work for free or under exploitative, subhuman conditions.’

‘We assert that the welfare of the child, the elderly, and persons with disabilities or special needs is the responsibility of the state including the provision of care and support to exercise the right to education, health, and safety. We assert that the state is responsible for the protection of the child from forced labor, sexual abuse, trafficking, and exploitation.’

Provision of living pension, social protection regardless of relationship status and allowing tax benefits to widows, single mothers, etc and also putting an end to Neoliberal policies that increase the cost of living and reduce disposable income

‘The labor we do to maintain life for others is our own. And thus we have the right to consent to work and to say no to forced labor.’

This year the march will initiate from The Lahore Press Club, passing through Faletti’s Hotel to reach the PIA Office Building where the celebrations shall begin. The main theme this year is, ‘Reimagining Justice’ calling out the unfair legal system of Pakistan where victim-blaming is rampant. While the culprits remain free, with the following demands:

Structural reform of the judicial system

‘Aurat March Lahore asks for radical structural change rather than piecemeal reform that doesn’t change the patriarchal character of our justice system.’

‘We demand survivor-centric reform which is only possible through the strengthening of welfare services available to survivors of violence and impacted communities.’

While the demands vary across different cities, the march mainly emphasizes empowering women and protecting their rights- something every individual should fight for. The Women’s Day theme this year is #BreakTheBias; underscoring the idea that it is not enough to acknowledge the existence of bias but in fact, action is necessary to achieve equality. So let’s all take the necessary action and do our small part in protecting our daughters, sisters, and mothers through structural reforms and a more inclusive legal, socio-economic system.

Just B | Sunday Exclusive Interview With The Masterminds!