Is hope a means of escape and liberation or does it ensnare you further into an unending trap?

In Kamli, the latest offering by director Sarmad Khoosat, it acts as either or both depending on the character you are looking at and the moment you catch them at. 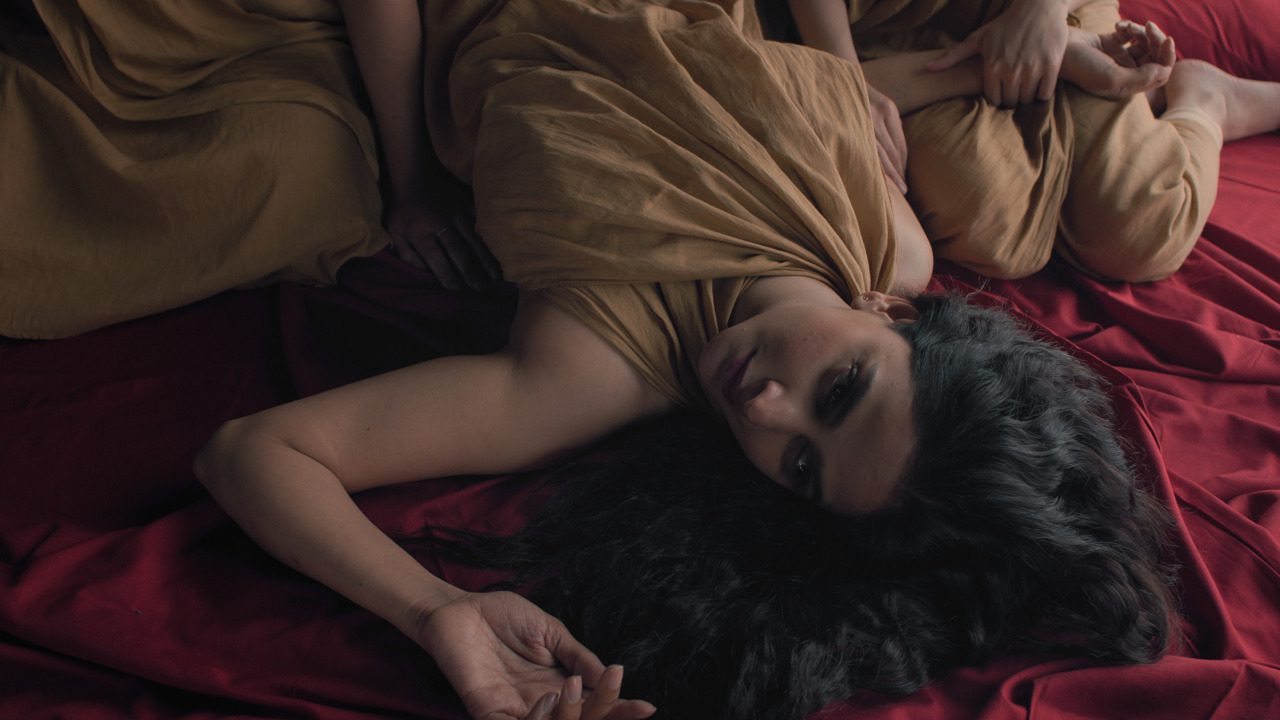 Hina (an ethereal Saba Qamar) hopes for someone to rescue her from the mundane existence her life has become since her husband abandoned her 8 years ago. Her sister-in-law Sakina (Sania Saeed) hopes for a return to the past and the life she had with her family and when she last felt happy.  While artist, Zeenat (Nimra Bucha), simply hopes to feel differently about the life she lives. 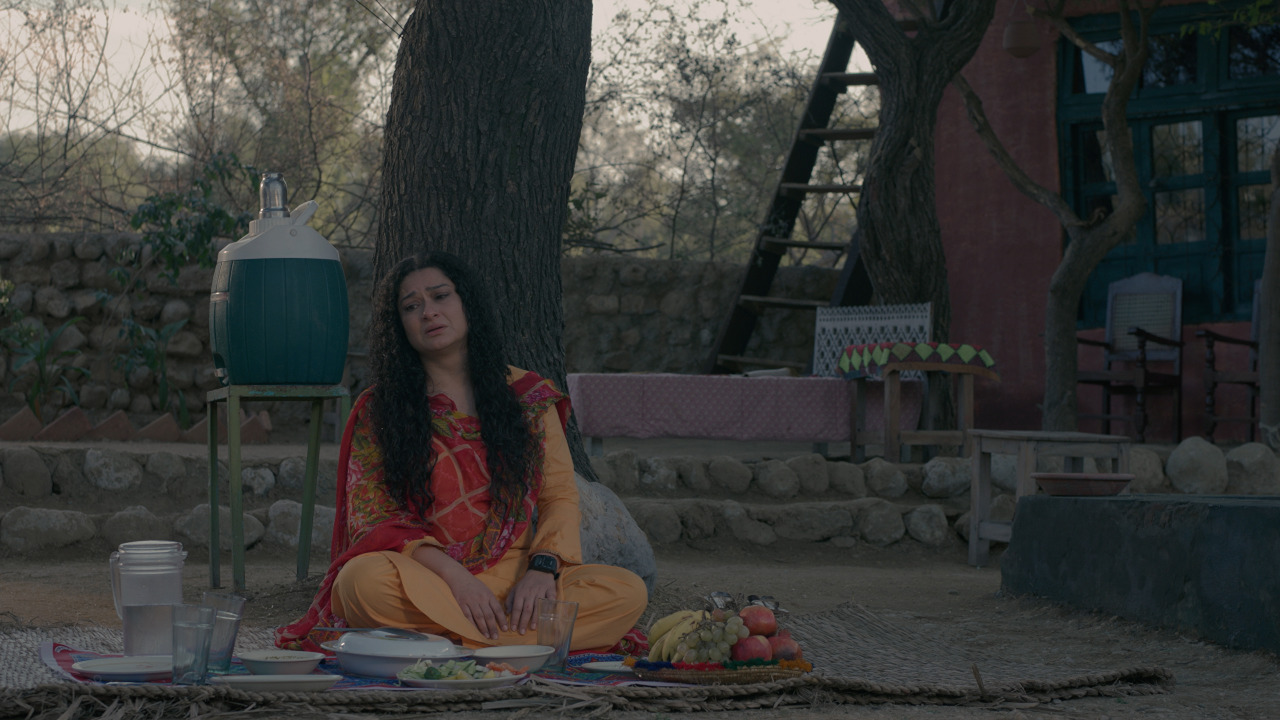 Although a unique story all its own, Kamli calls to mind Kate Chopin’s The Awakening, as it also presents a woman, Edna Pontellier, under the strictest conditions, confined by societal expectations, realizing that pleasure can be a path to freedom. 120 years after it was published, the novel’s themes seem just as relevant and universal as ever. 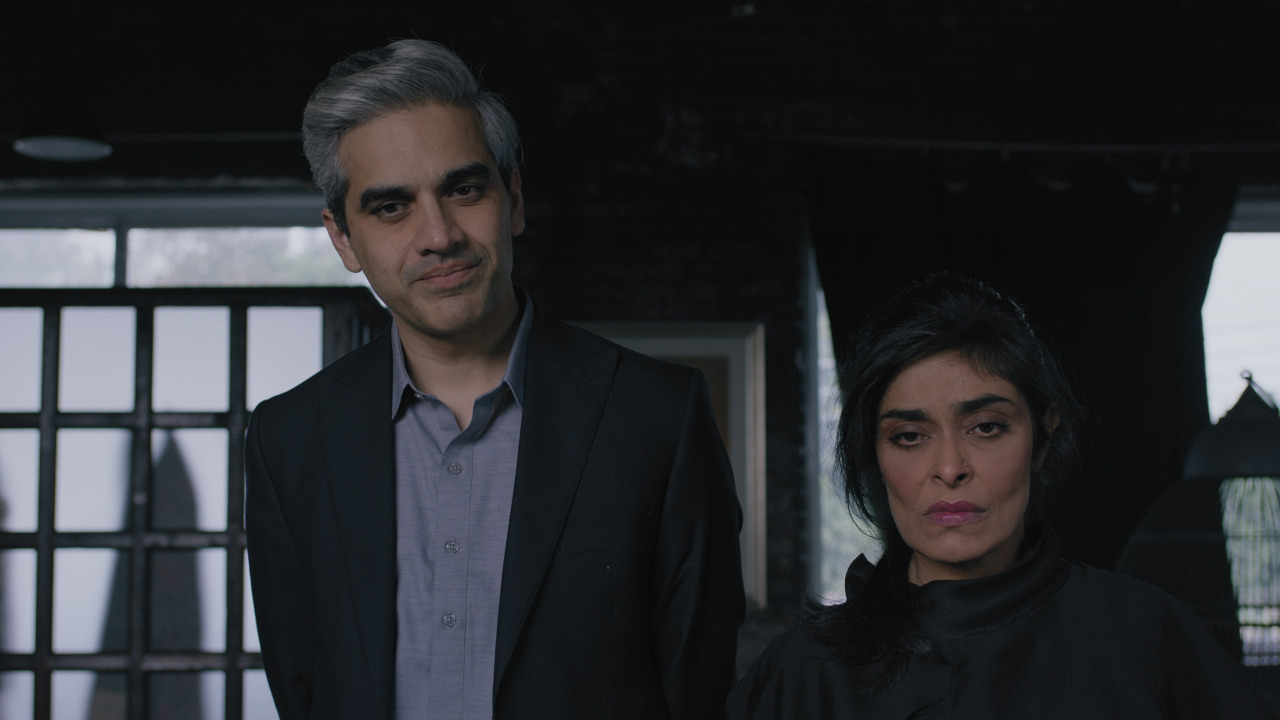 Hina like Edna goes through her own awakening through the course of the movie. At first glance the source of the ‘awakening’ seems to be a man, Amaltas (Hamza Khawaja), a wandering photographer with a wild streak. However, the real agent of Hina’s awakening is nature itself, as she escapes from the structures of patriarchy into the unbuilt landscapes of the sensual, sublime and the supernatural. She runs into the rain to save a kitten, swims in the river to pick up a feather, languishes in nature and escapes to wide open spaces as often as she can. Her freedom and access to love are as important as the object of her love. 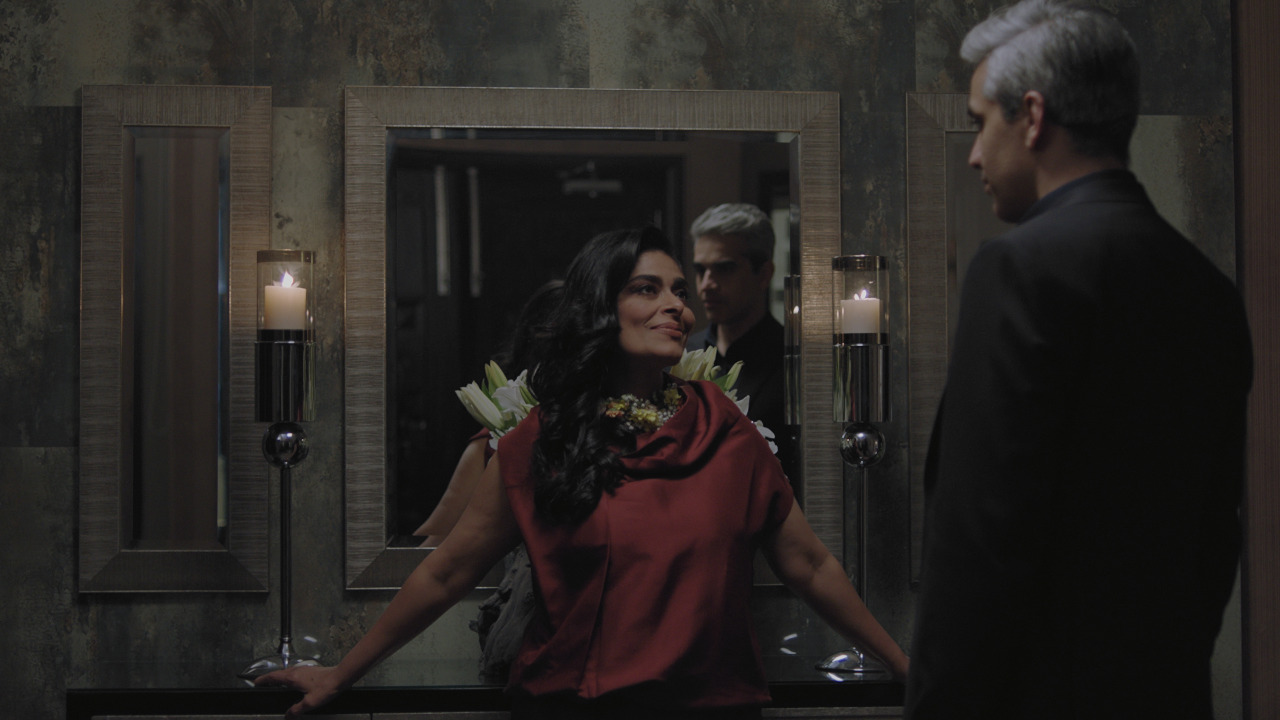 From the windswept wildness of the valley to the creaky darkness of the houses, the setting feels lived in and fantastical at the same time, familiar without being grounded. Like a fable, this story could take place anywhere, any time. Here the rule of patriarchy is powerfully felt but rarely seen. In the absence of men, Sakina becomes both the instrument and the victim of society. Her blindness is important to the story both in a literal and symbolic sense. Her literal blindness relegates her to the outskirts of society forcing her to be dependent on others. People have often urged her to marry off Hina allowing her to have a fuller life, yet presumably, no one ever expected or urged Sakina to do the same because she is blind. Sakina’s only power lies in her moral certitude as a self-appointed guardian of virtue. Her metaphorical blindness is in not seeing the harm she is causing. She doesn’t see the damage she does because in her mind she is right, and showing her the error in her ways only convinces her further that everyone else is corrupt and she alone knows the truth. Any lie she tells isn’t a lie because it is in service of what she has decided is a greater truth. Any abuse she does to Hina is for the good because she has declared it to be.

The greatest disservice Sakina does to Hina, and there are many to choose from, is refusing to acknowledge her identity as a whole human being. She calls her ‘Bhabi’ and never her name because her role in society supersedes her individuality. What she wants and needs as a person are disregarded by the placeholder she represents. 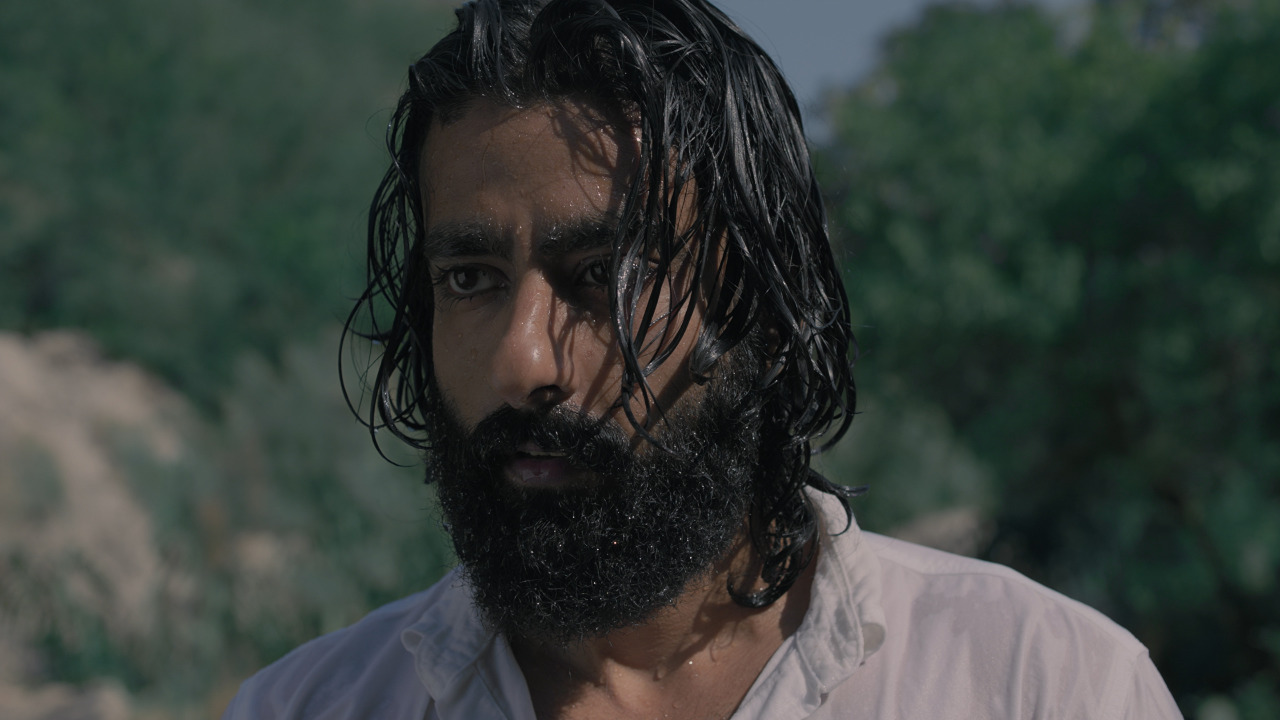 Find Out What Your Favourite Movie Says About You

When Hina meets Amaltas, she realizes that she has never truly had control of her body and soul. Initial repression gives way to heat and electricity and ultimately pure joy. Having been gaslit for years, and existing in limbo, pleasure and sensation become an essential reorientation. The epiphany follows the urge. Feeling her own feelings, thinking her own thoughts, recalibrates her compass to point not to the torture of memory but to her own desire, a new north.

The character that provides the most contrast and context to Hina is her about-to-get-married friend Noorie (Iman Shahid), despite appearing in a few scenes only. But in each of these scenes, she is assertive, defiant, and most importantly happy. It’s not a stretch to assume that the first two lead to the third. She makes choices for herself, (going on a honeymoon, secretly meeting her fiancé during her wedding) that other people may disapprove of but never wavers. She knows what she wants and makes an effort to get it. Unlike Hina, she’s not waiting for anyone to rescue her, she knows that she can rescue herself.

And then there’s Zeenat, a character whose conflicts and troubles are as much internal as they are situational. Emotionally dispossessed to a state of physical barrenness, her growing frustration and doubt about everything, from her art to her marriage with Malik Nadir (Omair  Rana), combined with alcoholism keep decaying her once joyous self. As a perfect example of the ironies of life, Zeenat is enchanting yet disturbing at the same time, erratic yet stagnant, untamed yet constricted by societal expectations and her own inner demons. In an attempt to paint the perfect picture, a simple plan Zeenat hatches somewhat frees her but only throws Hina deeper into the abyss, turning her into an accidental villain in Hina’s story. 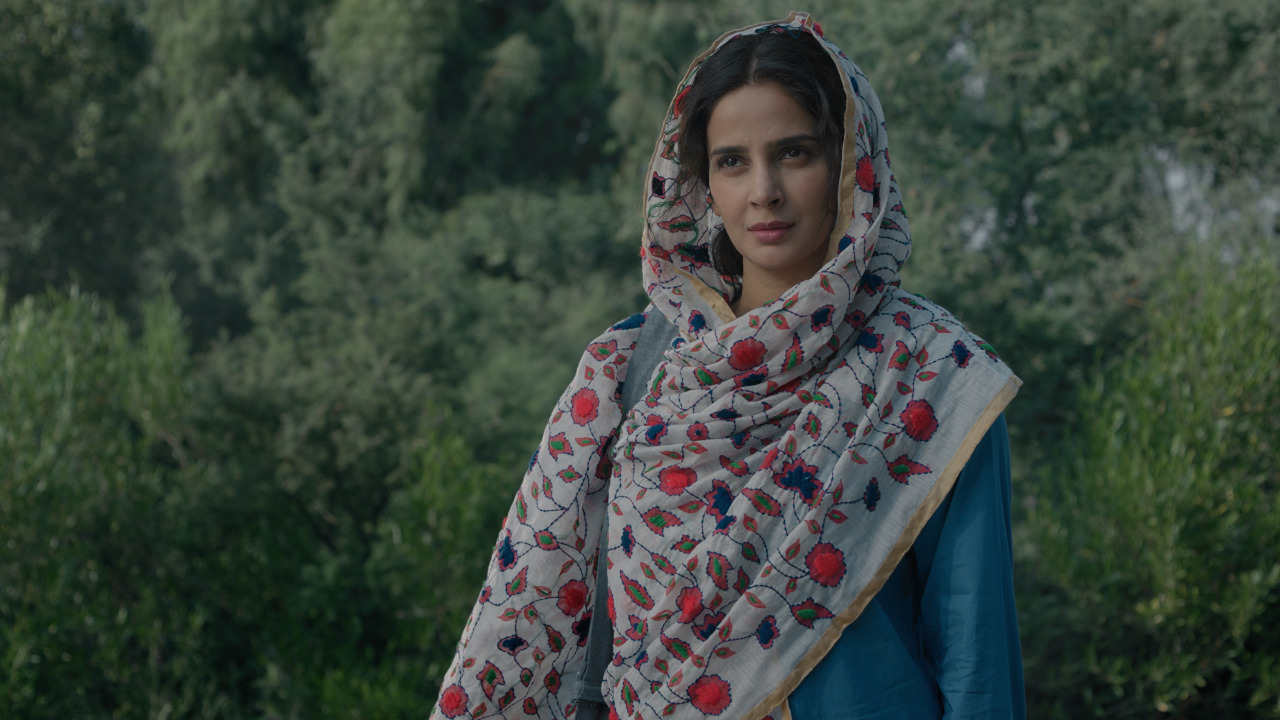 There is minimalism to the film: it is a patient, drawn-out affair, a tale with resonance in the details. With few words, the isolation of the characters, and the haunting music, it launches a subtle and powerful inquest into the interior life of someone who is denied their full passions by the bindings placed on them. Without doing anything fancy, the director uses looks, silence, and solo moments of introspection to convey the meaning of his film. A meaning that is left open-ended and ambiguous, so that different people can get different things out of it. This makes Sarmad Khoosat a master of his craft, as the best art changes through the eyes of the viewer, skillfully telling a story that can end only one way, yet offering hope that it will somehow end otherwise.