Ways To Shed Those Extra Kilos This Ramadan

March 8th, UN Day for women’s rights and world peace, also took decades to get validation which itself is a mark of the patriarchal mindset across the globe. The day is now contemplated to celebrate the socio-economic impact brought upon Pakistani women. To begin with, the names that appear are not the only ones that deserve a mention, in fact, those that have been left out voluntarily for their good reasons, are just as laudable of our warmth and pride.

Topping the list is none other than, Arooj Aftab (36 y/o), belonging to the second-largest city in Pakistan, Lahore. She marked her spot in the history of Pakistan, being the first woman to bag a Grammy for a beautiful track called, Mohabbat, produced. If winning a grammy was not enough, she also made it to President Obama’s 2021 Summer Playlist.

Moving ahead, music is not the only scene where women are stealing all the limelight, these wonder women are shaping our societies by giving back to the community in various forms, for instance, Malala Yousufzai. She has made it to Time’s 100 most influential women, not once but thrice. An activist by profession and Nobel laureate by designation, bagged a Nobel peace prize, as its youngest recipient at 17,  for nothing but her utter devotion to education. Becoming an inspiration to millions of girls back at home is nothing short of a ripple effect, the effects are massive and long-lasting. Even after raising the bar so high, the majority of the male dominance considers women to be relatively more fragile as if strength is a quality that these rising stars lack.

A 25-year-old squash player, hailing from South Waziristan refused the restrictions imposed upon girls in her birthplace. Crossdressing for training sessions was a routine for her, it kept her anonymity maintained while she got to polish her skills in squash. Her efforts paid off eventually and she went on to receive the Salam Pakistan Award by the President of Pakistan while bagging several championships for the nation. 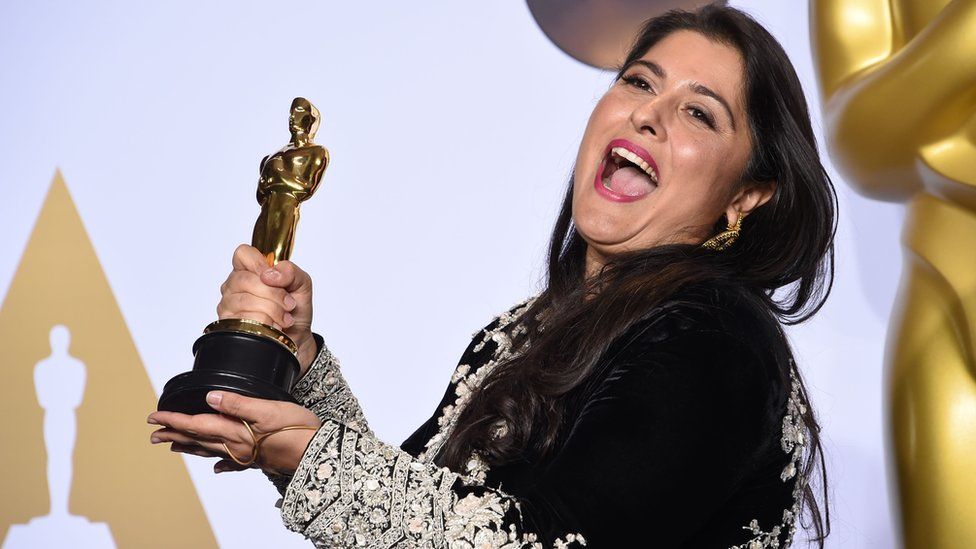 A name known in every household for her incredible achievements that are lauded both nationally and internationally. is a Pakistani-Canadian journalist, filmmaker, and activist known for her work in films that highlight the inequality of women. She is the recipient of two  Academy Awards, seven Emmy Awards, and a Knight International Journalism Award. In 2012, the Government of Pakistan honored her with the Hilal-e-Imtiaz the second-highest civilian honor in the country, and the same year  Time magazine named her one of the 100 most influential people in the world. She holds the record for being the first female film director to have won two Academy Awards by the age of 37.

Beauty with brains brings us closer to the name of Nargis Mavalvala,  a Karachi-born quantum astrophysicist. For what has been a dream for many, she quite literally aced it. Currently heading the Department of Physics at the prestigious MIT. Nargis made it to the international headlines because of her contributions to detecting the gravitational waves or the infamous ripples across space and time hypothesized by Physicist Albert Einstein almost a century ago

These exemplary women are proof in their very own selves, that if considered equally worthy and given proper resources, they can do wonders. These wonders are not daydreams but they happened, despite inadequate resources and severely patriarchal society, they rose to the skies.
For most of the damage to our women’s fraternity, the government is to be held accountable. The gap that has existed ever since we came into existence.

Despite being one of the few nuclear powers in the world, the country is ranked almost at the bottom of the gender gap index, 151st out of 153 studied countries which speak for itself and for the efforts that the government has tried putting in for the betterment of women and their future. Only after spectators around the world bag our most talented individuals, do we realize it’s too late.

Several social, economic, demographic, familial, and intellectual exposure factors determine the gravity of women’s empowerment which needs to be put into action rather before it is too late.

Sunday Pays Tribute To Strong Women from All Walks of Life

A Glance At #MeToo Movement | Revisiting Justice And Women Rights