With the start of the month of Ramadan, almost all the entertainment channels are in a race to produce Ramadan special plays. This Ramadan, the drama ‘Hum Tum’ airing on Hum TV has already won hearts only after its first 3 episodes are aired. By reversing the gender roles and breaking stereotypes it is spreading a positive message that household chores should not be limited only to women. 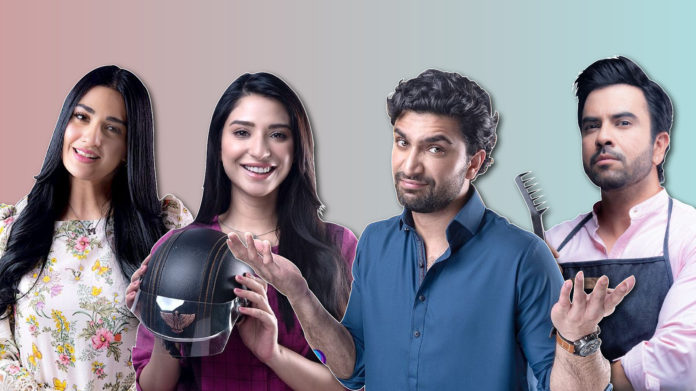 Starring Ahad Raza Mir, Ramsha Khan, Sara Khan, and Junaid Khan, the drama has highlighted a very significant aspect of our society. Ahad Raza Mir for the first time is starred in a comedy-drama serial. Ramsha and Ahad’s duo has appeared for the first time as an on-screen couple and we are loving their chemistry. The story revolves around the duo, Ahad and Ramsha who are college-going cousins and develop a chemistry with time changing their hatred for each other into love. It is a light-hearted Ramadan special drama that certainly lifts your mood.

The drama serial is getting appreciation for all the right reasons. The characters have outdone themselves with their phenomenal acting and unique storyline. The drama is breaking the stereotypes by reversing the gender roles depicting ambitious and independent women working towards their goals and men doing the household chores which are associated with women only.

The innovative concept of breaking stereotypes in #HumTum is so refreshing to see. I love how the girls are independent and are the ones excelling in studies and sports while the guys are helping out with domestic work and are involved in hobbies like cooking, gardening etc. pic.twitter.com/u4X0PztTdU

Ishrat Made In China | Meet The Talented Cast Behind The Movie

Junaid Khan doing the dishes and Ahad Raza Mir taking care of his family and not being toxic is all that we want to see. Moreover, the diversity in the professions of the actors, specifically, the professions that have been generally overlooked. Junaid Khan is shown as a cooking expert in the drama who then tries to impress Sara Khan (Maha) through his cooking skills. And Maha is a fitness enthusiast. 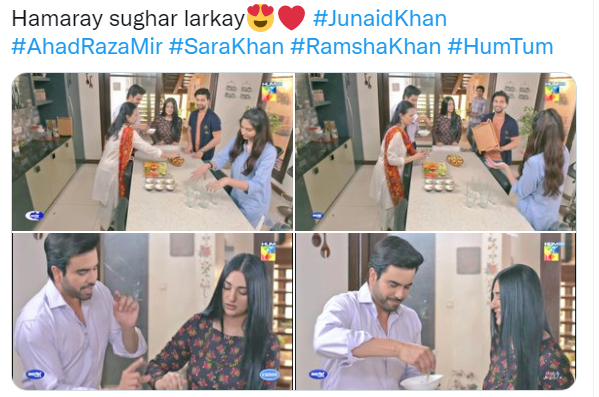 The strong characters of sisters Maha, Neha, and Sasha are a treat to watch. They are focused on their studies and are not told to do household chores. They have addressed the divorce taboo so smartly and portrayed how being divorced has not stopped Maha from pursuing her dreams. Neha riding her Daddu’s Vespa is the highlight of the recent episodes.

Sunday Editors are absolutely loving this comedy serial with such strong characters and a unique storyline. We can’t wait to watch the upcoming episodes.

health, Pick Of The Day

Sneak Peek Of The Best Dressed At Hum Awards 2022!

Foolproof Makeup Tips For Women Over 50