Top 8 Bewitching Zombie Shows To Satisfy The Zombie Spirit In You!

There is a strange poisonous plant that leaves a smile on the victim’s face after killing them. Hemlock Water Dropwort plant is so poisonous that it leaves the victim with a smile on their face when they die. Hemlock is one of the deadliest flowers in the plant kingdom. It has often been ranked as the number 1 deadliest plant as well. Consuming the plant can cause death within 3 hours, leaving a smile on the face. If the plant is consumed in a moderate amount, the death can clock in slower in about 10 days. The poison in that plant is oenanthotoxin. This poison has horrific effects if ingested. The symptoms include incredible pain, sickness, seizures, paralysis, and death. The plant is found around the wetland and can be found in Europe, North Africa, and parts of Asia. The dangerous aspect of this plant is that it resembles edible plants like parsley. 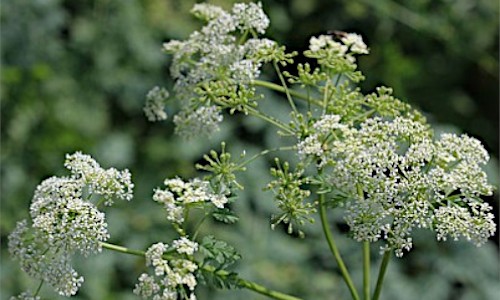 See Also
Pick Of The Day, Who Wore It Best?

This is a strange discovery and research has confirmed it. People need to watch out and should be able to differentiate between the edible ones and the poisonous ones.