There is no denying that our celebrities mesmerize us with their acting skills, public gestures and their impeccable sense of style. They are an inspiration to many. But in this day and age of social media, these stars are increasingly becoming the victim of cyber bullying and hate speech. While the celebs get much love for sharing their personal pictures, or flashback moments, or even life on the film sets, they also receive a lot of hate.

Mahira Khan, has on countless occasions, received hate for the most senseless of things. Once again, she has fallen prey to an online troll who abused her and said hateful things on her posting a picture of a chai. What baffles us is the picture that the troll used to attack Mahira – A PICTURE OF A CUP OF CHAI.

Mahira posted a picture of a cup of tea which resulted in a troll leaving a terrible comment:

50 Shades Freed is the #1 Trending Movie on Netflix Pakistan 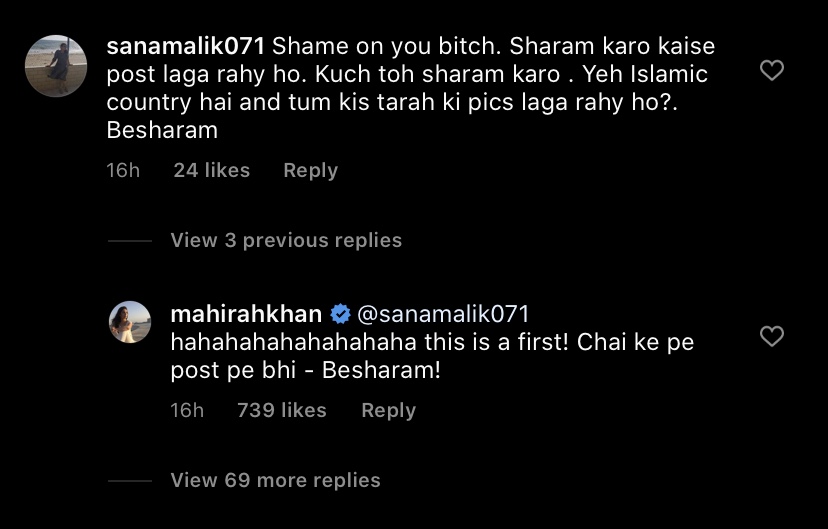 During the crisis that humanity is facing at the moment, there is no room for negativity and such hate. Let’s try and wash our hearts of hate while we continue to wash and sanitize our hands.