It’s no secret that the Turkish historical epic show, Ertugrul Ghazi, has taken Pakistan by storm. The Urdu dubbed version of the show, which is accessible to majority of the population due to its airing on PTV, as well as the fact that it’s in Urdu, has amassed  a following like never before. The fact that a lifestyle statue has been erected in Lahore of the Turkish hero proves it further: 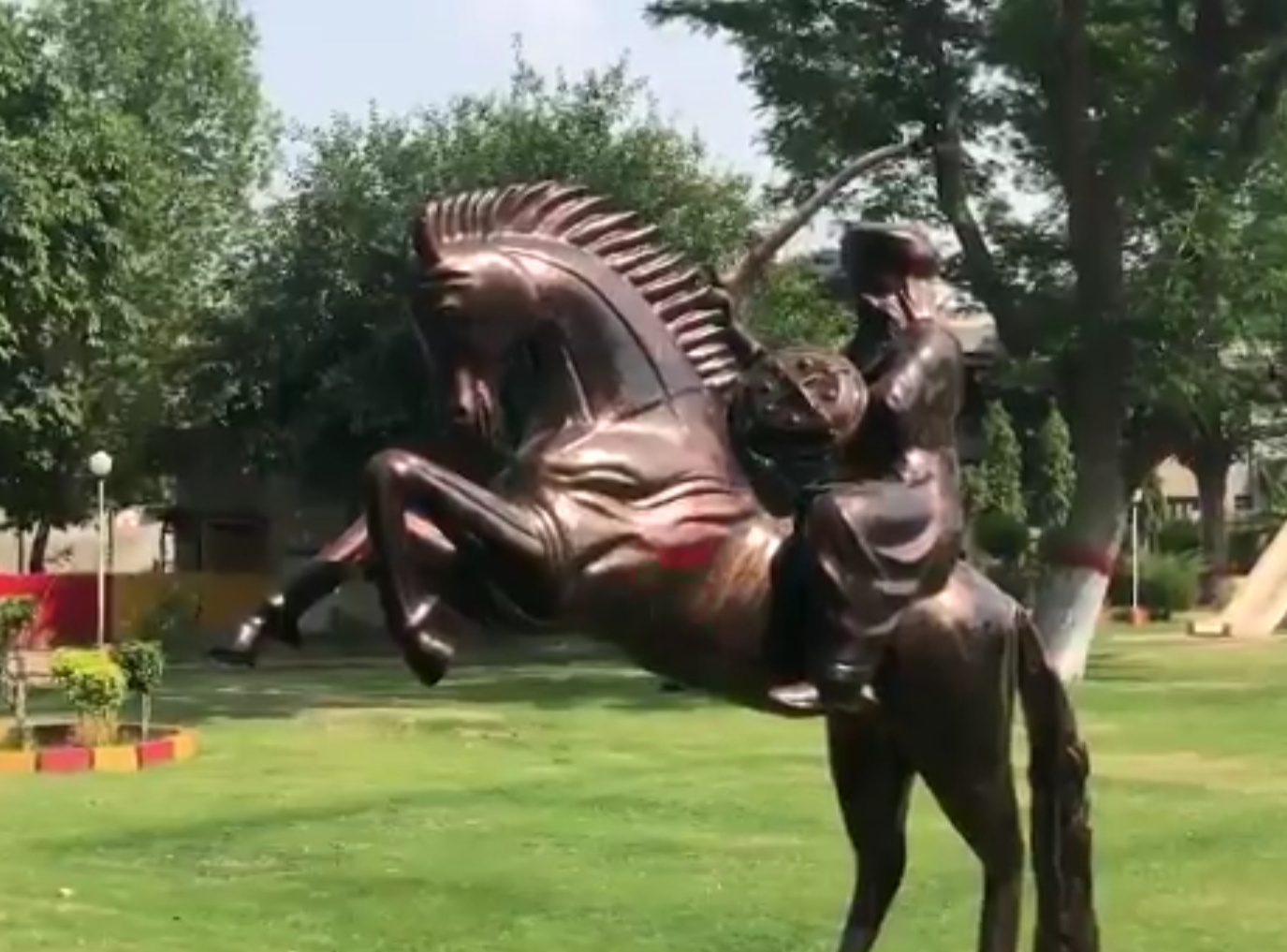 The statue has been installed in the provincial capital of Punjab’s Maraghzar Colony, near Thokar Niaz Baig, to honour the Muslim hero. Made entirely of fibre and iron was brough, the statute was brought t in from Kamalia city of Toba Tek Singh district and this won’t be the only one; similar sculptures will be installed in other parts of the colony as well, according to reports.

Fans can take their obsession to the next level by availing a photo opportunity in front of the statue, or visiting it just for visitings sake.

FM 91 Hosts ‘Sing the National Anthem: Quarantine Edition’ and Everyone Should Participate for Pakistan Day

For more detail, watch the video below: