Another day, another harrowing account of sexual abuse. This time, it’s film maker Jami, as he recounts how he was raped by a Media giant 13 years ago.

Jami also discusses how he froze at the time of the incident, which is so SO common in cases involving rape and sexual abuse. The victim just shuts down, unable to move or react in any way what so ever. This is a fact, a statistic even. It is an involuntary reaction and can even be called a defence mechanism, which more people need to understand.

All over the world, but especially in Pakistan, any one who publicly comes forward with a sexual abuse allegation, get’s torn to shreds in the media, and even in their own private lives between friends and family. Jami shared a similar experience when he confided in what he considered his friends:

The trauma one goes through with such a violation should not be downplayed. It is not something that should be swept under the rug, or hidden in fear of shame.

If you cant confide in the people closest to you, who do you go to? In Jami’s case he went to the media, and in his own words, even the journalist turned on him and all signs of Jami’s story were taken down 7 minutes into his confession:

Who is the alleged rapist? A media tycoon known for “high end” museum openings and book launches, and someone who has immense influence in the media, as major news outlets altered or completely erased any signs of Jami’s story within minutes of initially publishing them. 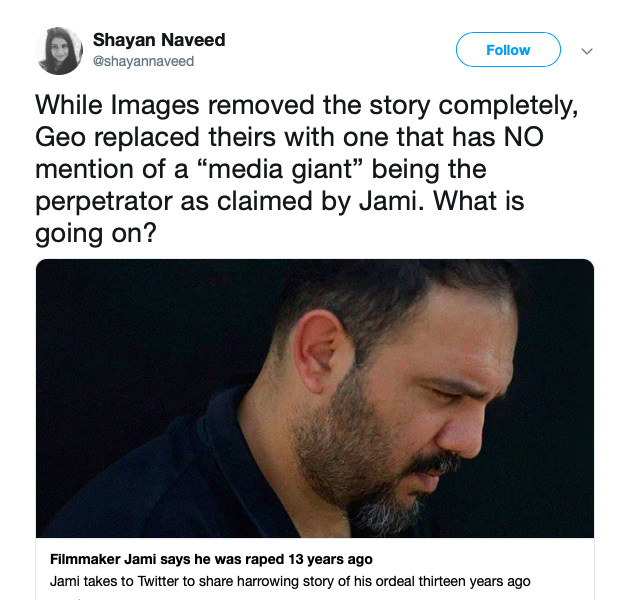 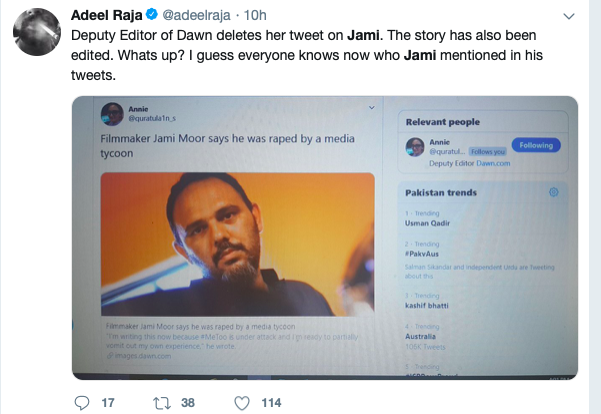 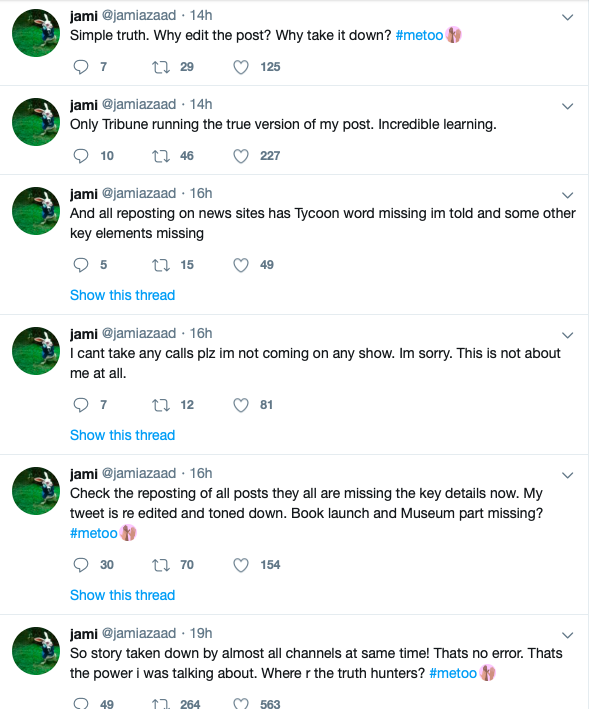 Will the truth prevail? Or will power and money take all and yet another possible victim silenced? Do you think Jami should straight up name his alleged attacker? Or has he done enough to make a difference? Sound off on the comments below.