A list of Feel-Good Shows to Watch During Lockdown

Sometimes, celebrities remind us why the saying ‘Silence is Golden’ exists.

Ushna Shah recently took to her twitter account to pose the following, and some would say ridiculous, question:

Safe to say, internet users did not spare her for her controversial thoughts, that she probably should’ve kept to herself: 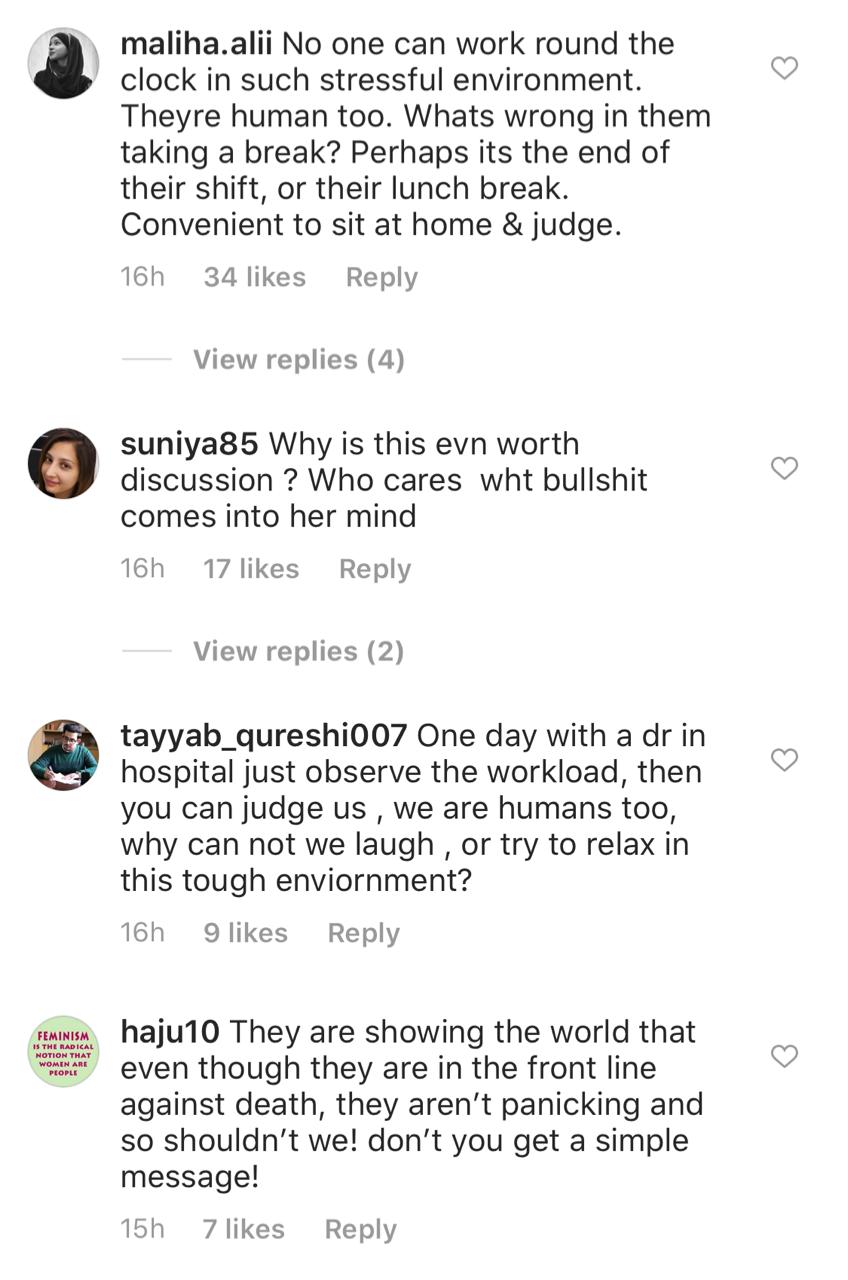 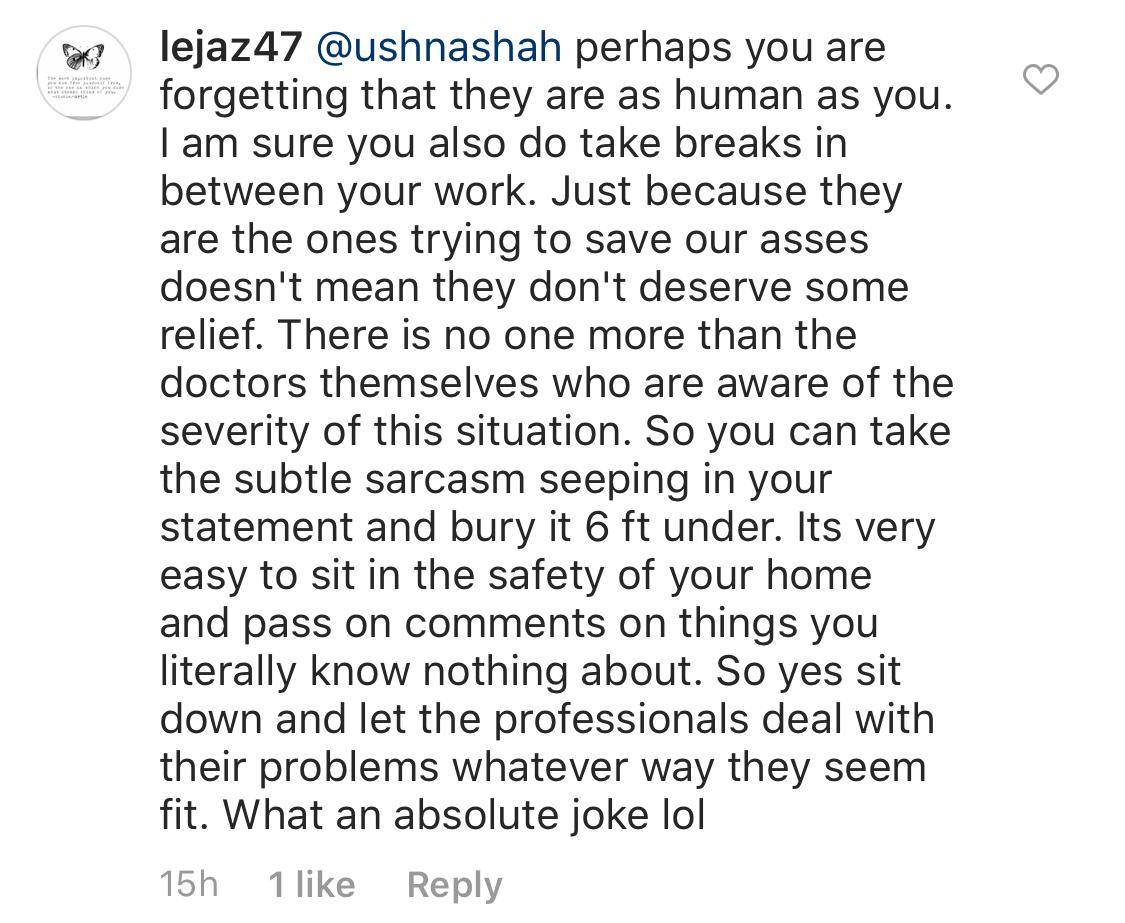 The actress seems to have deleted the offending tweet, but the internet never forgets.

At a time like this, when celebrities and influencers have the power to sway the opinions of thousands, more thought needs to be put into what is being sent out into the world. Let’s not forget, all medical professionals who are frontline fighters in the war against COVID-19 are still human at the end of the day, and we can only imagine the stressful and heartbreaking environment they are in, day in day out. Everyone deserves a break, even misguided celebs.