Mild COVID-19 Patients in Pakistan to Quarantine at Home, Against Advice of WHO & Chinese Health Experts

Safe to say, the tweet was not received well and people were furious. The actress, realising her mistake, deleted the offending tweet but did not acknowledge any wrong doing on her part.

That is, until today.

The leading lady clarified this apology is not aimed at trolls who ‘foam at the mouth and get personal and disrespectful every time they read something they don’t like.’

Fans and medical professionals were quick to appreciate the actress’s apology: 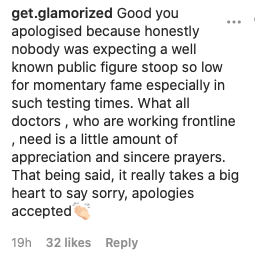 The Coronavirus Test Costs Rs.7,900. Here’s What to Do If You or Someone You Know Can’t Afford It. 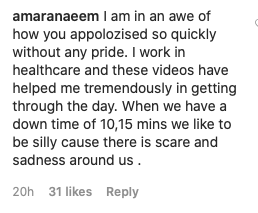 We’re glad at least some of our celebrities have the good sense and decency to apologise for their mistakes and not all of them enjoy sweeping their misgivings under the rug. Kudos where kudos are due!