Aamir Liaquat, who has never been in the news for a good reason, EVER, has once again shown why he does not deserve to be on any public platform, influencing millions.

After Iranian Military Commander Qasim Soleimani was assassinated in a US drone strike, Tamgha-e-Imtiaz holder and overall fierce badass Mehwish Hayat took to Twitter to condemn the attack: 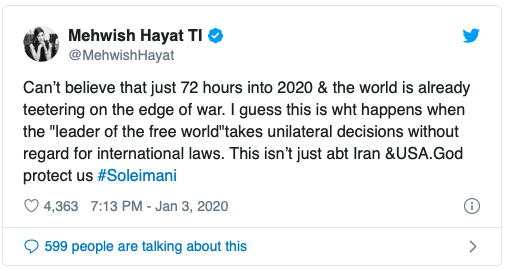 For some reason, people believe celebrities are not entitled to have an opinion on anything at all. Aamir Liaquat is one of those people:

Why did he feel the need to insert himself in a situation that has nothing to do with him? We will never know. Not one to take things quietly, Mehwish Hayat immediately fired back at the fraudulent doctor: 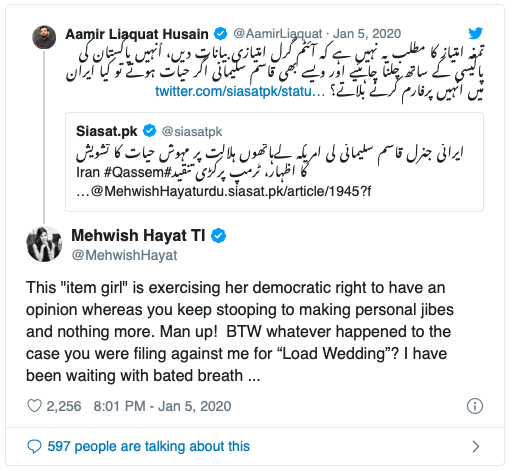 In 2019, Aamir Liaquat threatened to sue the actors and directors of the film ‘Load Wedding’ for defamation. 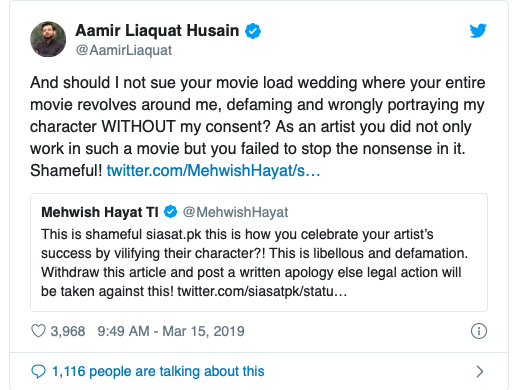 Yasir Hussain also came out to support the actress through his insta story: 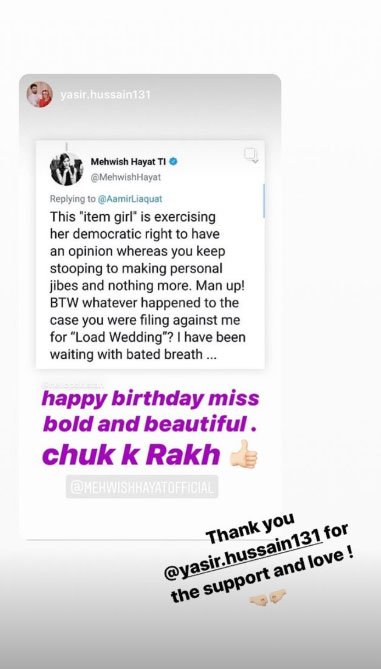 We guess Aamir Liaquat can’t handle a successful woman who can hold her own opinion.