In the wake of Khalil ur Rehman’s appalling behaviour and absolutely disgusting use of words for Marvi Sirmed in a live telecast on NEO News, from celebrities to the common man, the world took to all forms of social media to condemn his behaviour. Following suit, GEO released a statement whereby they suspended Khalil ur Rehman’s contracts until he apologised for his behaviour.

However, instead of apologizing for his uncalled for behaviour and his continued attacks on women, he decided to call for the cancellation of his contracts with GEO and he assured people that he would NOT work with the institution again. 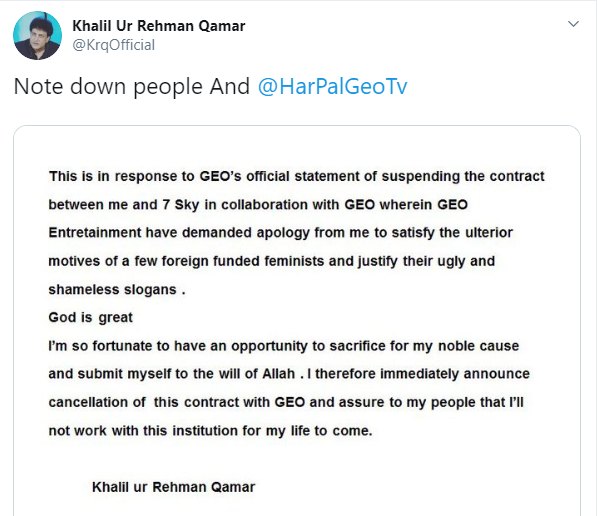 We wish he would just apologise for his mistakes and accept that a healthy discussion can be had without the need for any name calling and use of abusive language. But, we can’t help but think “GOOD RIDDANCE”