Meet Mr.Ghulam, Who is Distributing Masks Free of Costs in Lahore, But With a Warning

Nazish Jahangir vehemently denied all allegations and accused the public of defaming and bullying her and dragging her into a matter that doesn’t involve her whatsoever. She even went on to say she’s very close friends with Fatima Sohail, so why would she be involved with her close friends husband?

Speaking about being called a homewrecker, Jahangir took to her instagram at the time to say, “Whatever’s true will come out as it is, eventually. Fatima has used a line on me without any evidence that I was sleeping with her husband and all of you accused me of being a home wrecker. Use your senses, if she had any evidence, she would have posted that too like she did of her husband abusing her.”

She further added, “Fatima Sohail was on call with me before her delivery and I congratulated her as well. At that time, Mohsin was doing some shoot in Karachi while I was in Islamabad. But, anyway, if she is a victim of domestic abuse, then I have sympathy for her but I would like to announce that I am not the reason behind their marital issues.”

So, WHY then, is the actress still commenting negatively on pictures of Mohsin Abbas Haider’s ex-wife? Case and point: 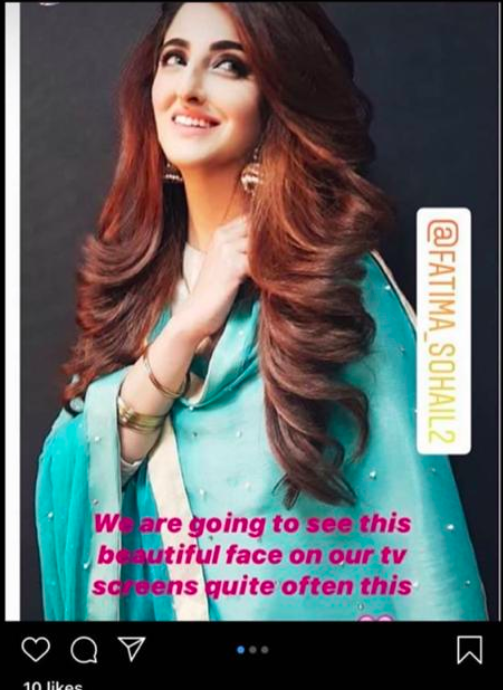 Making digs left and right eh? What’s the need? Why not rise above it?

In any case, all signs point to Jahangir and Haider being in some kind of  relationship, but the pair just continue to deny.