In today’s news, it turns out it’s okay to objectify women through item numbers as long as they’re portraying an Indian character in the film. Unheard of, am I right?

DG ISPR Asif Ghafoor defends the item number in Kaaf Kangana, saying Neelam Munir is portraying an Indian girl THEREFORE it’s okay that there is an item number in the film in the first place. He came to the song’s defence after people tore it to shreds, because item songs are not a part of our culture, so on and so forth.

After a ton of backlash on the song titled “Khwabon Mein”, DG ISPR Asif Ghafoor tweeted the following : 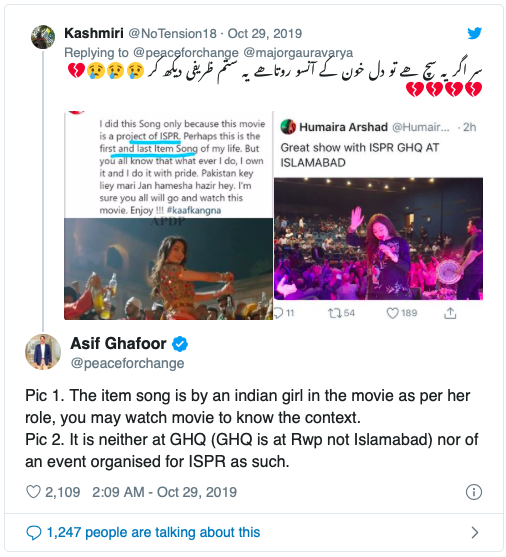 Ghafoor sahab ne KHWABON MEI bhi nai socha hoga that he would have to defend an item song one day ( pretty badly too) , yet, here we are. Twitter is once again, not happy: 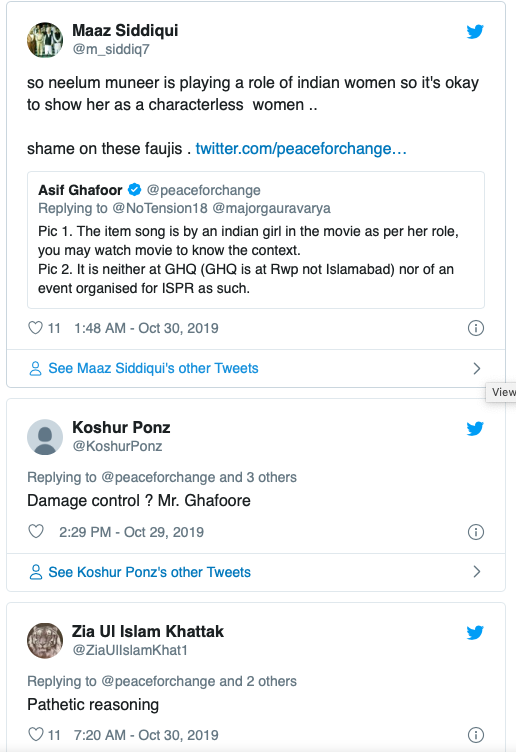 SWVL- The Cairo based start up investing $25 Million in Pakistan

Not that there’s any love lost between Pakistan and India, it’s pretty messed up to justify the lewd objectification of a woman by simply saying she’s playing an Indian character. What are your opinions on the matter? Let us know in the comments below!