Your Hair Can Grow Beautifully— Here’s The Secret

There are various reasons for the couple to argue among which domestic chores are one! It is widely assumed that men work outside the house while women are responsible for domestic chores. Domestic chores are not just cleaning and cooking. They also include laundry, grocery shopping, paying bills, picking up and dropping children to school, and much more. Dedicating a single person for all of these tasks while one solely is the bread earner of the family does not make sense. Moreover, this is one of the reasons that start fights in marital relationships.

Although, it may seem that dividing tasks among the couples would make things easier that is not it! A new study proves that dividing tasks may work in offices and factories. Sharing tasks improves relationships and is better for families. Let’s find out how!

A recent study has been conducted by an Associate Professor at the University of Utah on gender roles in marital relationships. He proved that the couples who shared some of the domestic chores were seen to be happier than others. Furthermore, he stressed how important it is for the relationship quality that the tasks are shared rather than being divided. It does not mean that a single chore must be done by both of them at the same time. The idea of sharing chores is to switch and take turns. This helps in a number of ways. One does not get tired of doing the same task over and over again and switching helps to bring diversity. Other than this, both of them will be aware of the nature of the work that the other does. This means that both of them can relate to the difficulties that may arise in the work. Moreover, this also enhances the feelings of equity. 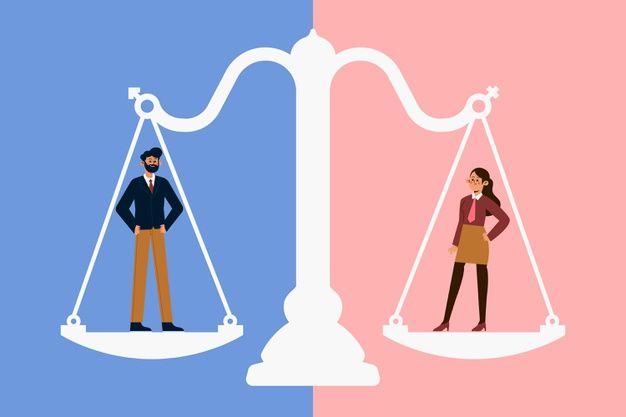 Relationship quality improves as there is a feeling that both of them do an equal amount of work and none of the family members is burdened. The world that we are moving in does not dedicate men completely to the outside world and women to the world of household chores. Women are gradually becoming more independent in pursuing their careers. This requires them to step outside the house and work in offices, companies, and factories according to the nature of the job. Such an atmosphere allows sharing tasks more fruitful as both the husband and the wife return from their jobs. Not all household tasks are equal. Some may believe doing laundry is easier than washing dishes. While some may believe that cleaning is harder than picking up and dropping children from school.

In the Mood for Waffles? 5 Reasons Why You Should Switch To Waffle Towels!

Therefore, by splitting chores, the divide is not equal. Even if the number of tasks on each side is equal, the workload may not be equal because all tasks are not the same. Some are enjoyable while others are not. Moreover, sharing tasks also brings a sense of collaboration and togetherness among couples as they are able to communicate well. Relationship quality automatically improves as communication between the couple increases and is well articulated.

With equality among the couples and sharing of domestic chores, the relationship quality enhances making marital life satisfactory for both the partners. There is a feeling of equality as well as togetherness as both are able to realize that they both are in it equally. Whether the situation is good or bad, it remains the same for both and none of them feels disadvantaged among the two. With moving towards a world where women are treated equally to men, it must be done at home. The extra burden must not be placed on either of the two for a healthy, prosperous relationship.

Is Relationship Anxiety Real? Learn How To Deal With It

Culture, Pick Of The Day

8 Worrisome Signs To Walk Away From A Toxic Relationship