Yasir Hussain has landed in hot water multiple times due to his controversial statements on an array of topics, but recently the actor focused his attention on a commendable cause; the ban of fairness and whitening products in Pakistan.

The actor took to his Instagram story to ask the following: 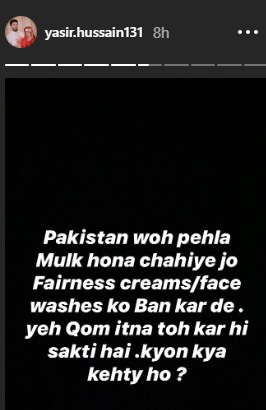 “Pakistan should be the first country to ban fairness creams/washes. What do you say?”, the actor asked.

Fairness products are not only harmful because of the unapproved ingredients they contain, they also continue to feed into the stereotype of fairer being better, being more beautiful. As Pakistanis we all nurse a post colonial hangover, and since before partition have been fed to believe white is better. The fact that fairness product ads make up 80 percent of all ads on Pakistani televisions unabashedly is repulsive.

This entire debate amongst the fraternity was set off by one Zara Noor Abbas. The actress posted on her Instagram in support of the international ‘Black Lives Matter’ movement, and was met by swift backlash from fans for her endorsement of fairness products which in their own right do promote racism, making the young actress a hypocrite. Follow Zara’s absurd justification, a number of actresses and public figures came forward with their own accounts of rejecting fairness product sponsorships and turning down significant sums of money for the greater good: 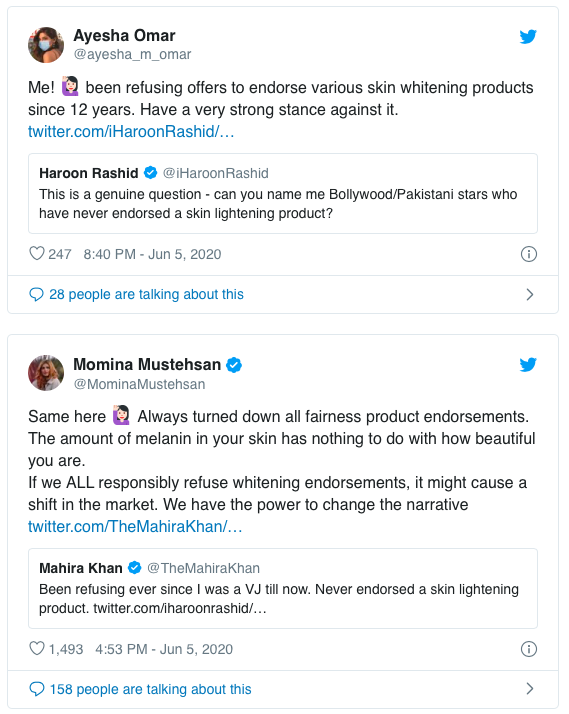 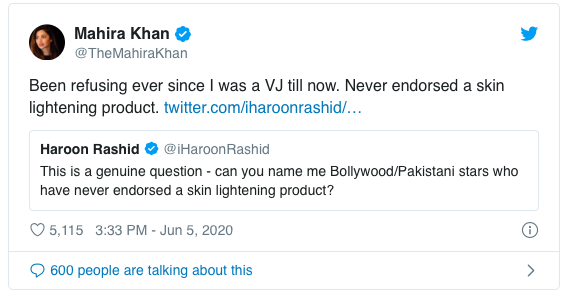 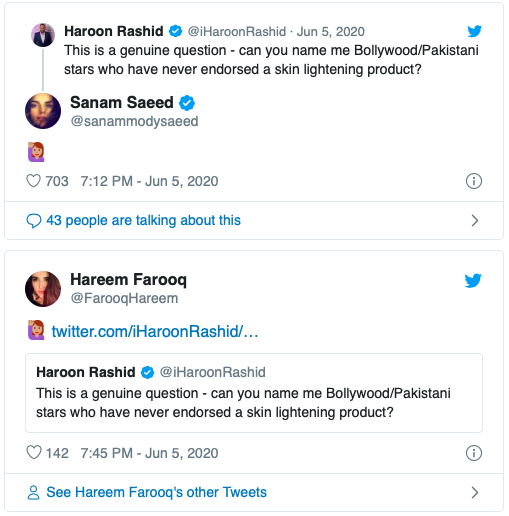 Iqra Aziz, who happens to be married to Yasir Hussain, was one of the first actresses who openly talked about rejecting fairness product endorsements and it’s about time all in the entertainment industry put a stop to selling their souls for a quick buck. If nothing else, imagine a little girl of a darker complexion seeing one of these ads and feeling ugly because she isn’t “white” enough. Emotional scars never heal.