Have you every forwarded a Pathan joke? A Sikh joke? Or called people of East Asian descent slurs like ‘C***ki’? Have you ever used the term ‘Ch***ra’ to describe a Pakistani Christian? And then gone on to use the same term to jokingly insult a friend? If yes, then we need to talk.

If you’re one of those people who believe Pakistan is a Racism free zone because we barely have any African American citizens, or if you think promoting fairness and whitening products has nothing to do with Racism, you have another thing coming.Racism is not limited to Caucasians against African Americans, it effects all races all across the board. Thanks to the ‘Black Lives Matter’ movement, which has gained immense momentum internationally and is finally allowing Black people to be heard, it has given us a chance as Pakistanis to peek into our own country to realise that we aren’t innocent when it comes to Racism.

Our minorities are constantly oppressed at the hands of systematic racism. If someones name does not appear to be Muslim, chances are they are less likely to be selected for a job, scholarship, you name it. Non-muslims fear for their lives to such an extent that they even go as far as adopting fake muslim names so they aren’t randomly accused of blasphemy and lynched by a mob or set on fire. Shias are casually referred to as ‘kafir’, young Non-Muslim girls are forcibly converted and married off to older men, and every other ad on television is a celebrity with immense influence promoting a skin lightening product, because the lighter the skin, the more beautiful you are, of course. You promote a product that says being whiter, having lighter skin will make you not just better looking, better overall, and then you say it has nothing to do with Racism? 2 plus 2 does not make 4?

This thread by feministan_ says it all:

Before you say racism is not a problem in Pakistan, ask yourself if you are a minority and ask yourself if you’ve ever had to experience a single struggle because of your last name, your caste, or your ethnicity. Ask yourself how many times you’ve called someone ‘kaala’ or ‘kaali’ in a derogatory way, or have seen someone else do it and snicker along instead of speaking up and stopping them. Ask yourself how many times you’ve jokingly said the N word because you’re brown and you’re allowed to say it.

Racism in Pakistan is very real, and it’s hard to see when you’re sitting in a privileged position. Unless you are a minority, you do not get to decide that there is no Racism in Pakistan. It’s time we recognise the realities in our country and bind together to change them, just like everyone all over the world is coming together to demand justice for Black communities. The ‘Black Lives Matter’ movement should be an inspiration to us; not only should we support it, we should look into ourselves and see how we can change to make our country a safer and more acceptable place for people of all castes, creeds, colour, and religions. If nothing else, at least follow the teachings of our Holy Prophet SAW: 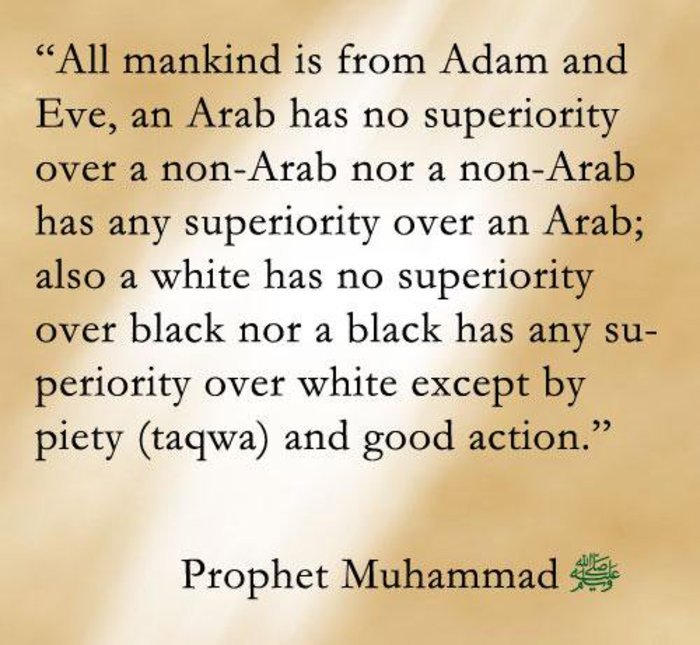 Here are some other informative posts that can help us all educate ourselves further:

P.S: We are not an expert on Racism, nor are claiming to be but we are sincerely and wholeheartedly making a conscious effort to educate ourselves and pass what we learn forward.