The popular game Free Fire, which has received over one billion downloads worldwide, will celebrate its fifth anniversary on August 27. Free Fire has got quite an epic party planned for their community as their anniversary celebrations get closer. To everyone’s enthusiasm, Free Fire made a huge announcement by telling their users that they will be collaborating with none other than Justin Bieber on their 5th birthday.

The celebrations will peak on August 27 with a number of in-game exclusive releases featuring Justin Bieber’s new character, the star of this special anniversary cooperation, and a global legend. The pop-star will soon release an exclusive song for the Battle Royale game, which will be done inside the game, according to the information that was made public. In addition, he will perform in Free Fire’s first-ever live in-game concert. Fans in Pakistan will be able to participate in the concert through their mobile devices. 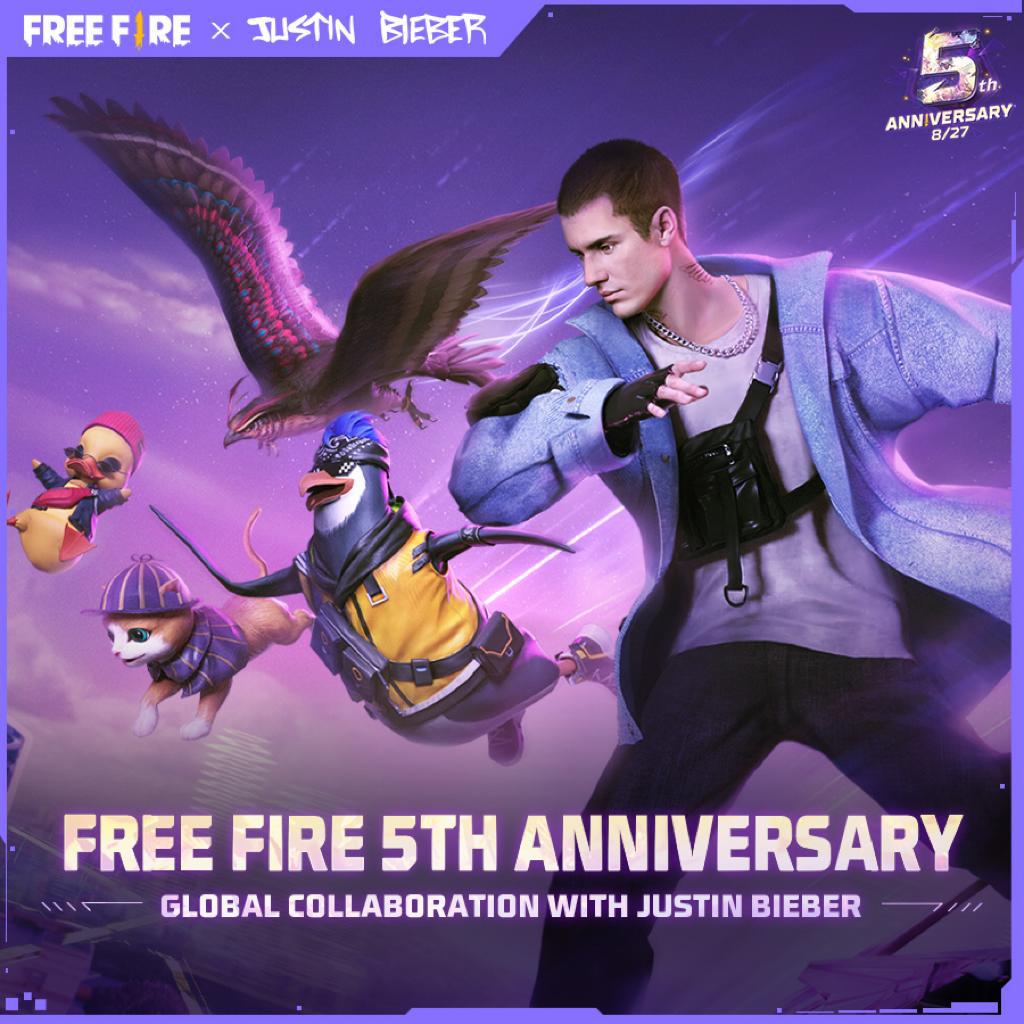 Players may expect to become fully immersed in an interactive environment, dance along to the unique bespoke emotes, engage in mini games, and possibly even perform on stage with Justin Bieber’s avatar. A permanent in-game character based on Justin Bieber is also anticipated to be revealed and given to gamers, which heightens their excitement for the character.

Fans may expect the addition of new emotes and an interactive setup taking place within the battle royale arena for the entire virtual concert experience. In the coming weeks, Garena Free Fire will probably give additional information about the upcoming concert, and people can stay updated by following Free Fire on their official social media accounts.